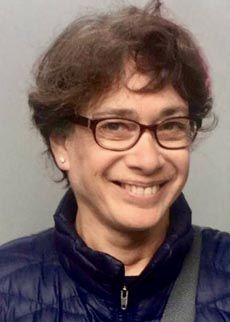 Eve’s interest in and passion for special education and addressing different learning styles began with her own sons and grew into a second career. The formation of SPED*NET Wilton and the publishing of its guide to special services in CT, Bringing Knowledge to the Table: How to be an Effective Advocate for Your Child, have been Eve’s most gratifying professional accomplishments. Being part of her sons’ adventures continues to be her greatest joy.

Subsequent to graduating from CT’s Partners in Policymaking initiative in 1999, Eve was appointed by then Governor John Rowland to the CT Council on Developmental Disabilities (DDCouncil), for which she served as Vice Chair and Chair until 2005. Eve first spear-headed and later served as a trainer for parents and professionals through the DDCouncil initiative, Understanding Special Education (USE), a state-wide training in the laws and inclusive practices of educating children with special needs. During that time, she also worked as a member of the CT State Department of Education’s Steering Committee for the Federal Office of Special Education Planning (OSEP) and the Continuous Improvement Partnership Team (CIPT), which assessed CT’s performance in implementing the Individuals with Disabilities Education Act (IDEA) and focused on ways CT could better serve its children with special needs. She was awarded the WE BELONG! Award for Excellence in the Promotion of Inclusion of Students with Disabilities, in 2007, in recognition of her commitment and dedication to inclusive practices in Fairfield County. Until 2008, Eve continued as a member of the State Department’s Parent Participation Work Group, which proposed special education-focused initiatives stemming from the federal special education laws.

Eve is a Contributing Editor and frequent writer for the national newsletter of SmartKIDS With Learning Disabilities. She is a member of the Public Policy Committee for CHADD (Children and Adults with ADHD), which monitors legislation and regulatory agencies as they relate to ADHD, particularly in the areas of justice, education, civil rights, employment and healthcare.

After graduating from Cornell Law School in 1985 and until her recent retirement, Eve worked professionally as a staff attorney for the Criminal Appeals Bureau of The Legal Aid Society, in New York City.